“Tripeptide-32“, the trade name is Chronolux, and the English name is Tripeptide-32. Tripeptide-32 is a synthetic peptide composed of 3 amino acids: proline, serine, and threonine.

Tripeptide-32 has water-binding properties. This means it keeps the skin hydrated by preventing moisture loss. 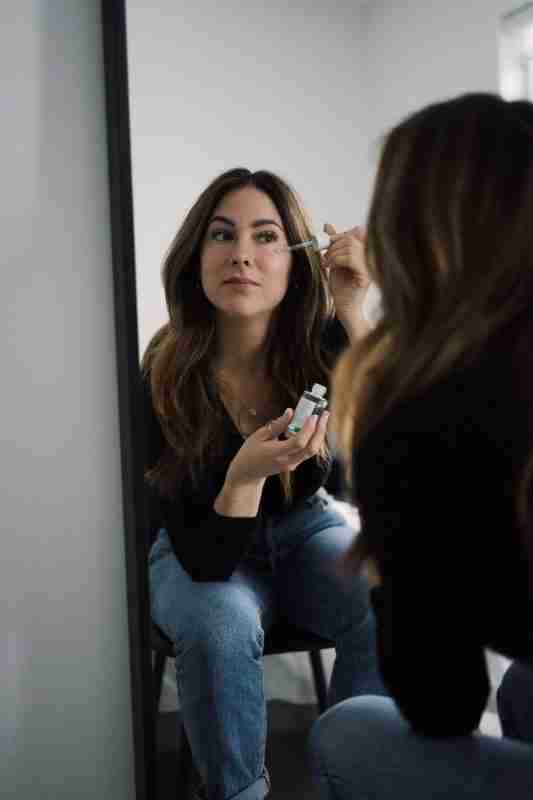 According to its patent, this peptide can turn on and off genes responsible for skin repair at different times of the day and night. However, there is currently no independent research confirming that it can do this when applied topically to the skin.

The circadian rhythm is one of the most common natural phenomena in nature. Its existence makes the physiology, biochemistry, behavior and other life phenomena of organisms appear as oscillations with a 24-hour cycle. Studies have shown that our skin cells also have a biological clock. Gene expression is relatively active during the day, effectively regulating the body’s circadian rhythm, regulating the cell cycle, and promoting DNA damage repair. However, at night, gene activity declines, and the cell’s self-repair process slows down.

Tripeptide-32 regulates the biological clock of the skin by activating skin genes (CLOCK, PER1), enhances cell vitality, prolongs cell lifespan, prevents damage to cells caused by environmental factors such as ultraviolet rays, and promotes the repair of DNA damage.

Our skin cells also have a biological clock. It is more active during the day than before, and the activity will decrease at night, and the self-repair of cells will also slow down. The “Tripeptide-32” can adjust the skin’s circadian clock so that the skin can repair damaged cells at night during the day, prevent skin aging, and ensure that the skin is in a healthy state. It is especially suitable for those who have irregular work and rest, like staying up late, and jet lag. Friends come to repair and maintain stability.

It activates skin genes (CLOCK, PER1), can regulate the skin’s biological clock, enhance cell vitality, prolong cell lifespan, prevent damage to cells caused by environmental factors such as ultraviolet rays, and promote the repair of DNA damage. To a certain extent, it also has a certain sun protection effect.