How is the skin tone formed?

If you want to know how to whiten, you must first figure out how the skin’s complexion is formed. There are three main factors that determine skin color:

Among them, the main role is the melanin that we know well. Secondly, the thickness and roughness of the skin’s stratum corneum will also affect the apparent “color”. Therefore, the whitening approach mainly starts with melanin and stratum corneum. 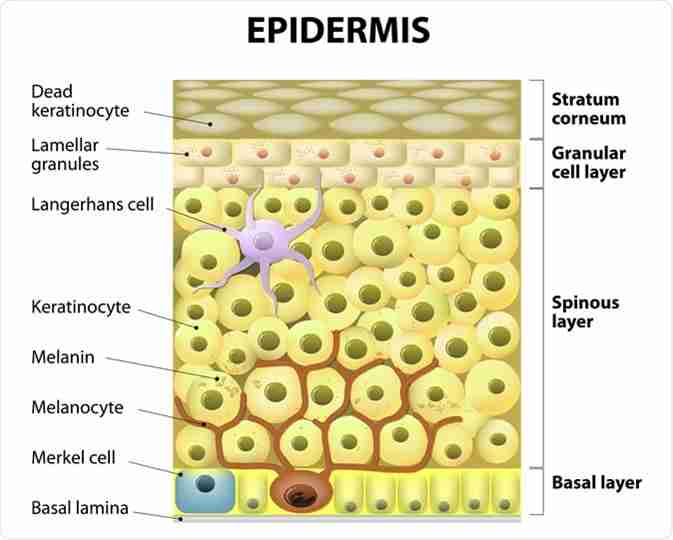 Melanin is produced by melanocytes located in the basal layer of the epidermis. Melanocytes account for about 10% of basal cells. Each melanocyte extends to adjacent basal cells and spinous cells with dendritic protrusions to transport melanin particles.

The basic physiological process of melanin formation can be summarized as melanocytes produce melanin, melanin particles transfer to keratinocytes through melanocyte dendrites, and the melanin particles transferred to keratinocytes move up to the stratum corneum along with epidermal cells, thereby affecting the color and formation of the skin The stains are eventually excreted as the stratum corneum falls off. It is worth noting that the black produced in the basal layer does not cause visual “blackening”. Only when melanin is transferred to the stratum corneum can it cause visible “blackening” to the naked eye.

So how is melanin produced? Everything starts with one ingredient: Tyrosine. Tyrosine is catalyzed by tyrosinase and various oxidases to produce melanin in melanocytes. Part of the melanin produced moves up to the stratum corneum and then metabolizes it off, while the other part of the melanin moves down and is absorbed by the capillaries in the skin. , Excreted from the kidneys with blood circulation.

The specific production process of melanin is shown in the figure below. If you want to whiten, you only need to block the production or transfer of melanin to achieve the effect. Therefore, most of the various whitening ingredients inhibit, block or affect the link of melanin production to transfer. To achieve the corresponding effect, there are other products that quickly metabolize melanin from the skin to achieve a whitening effect. 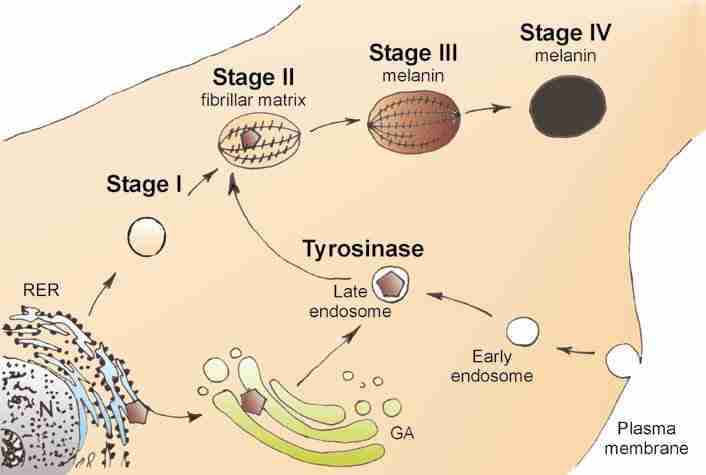 The enzyme is a kind of biocatalyst with extremely high catalytic efficiency. By inhibiting the activity of the enzyme, the entire biochemical reaction can be stopped or the reaction rate can be drastically reduced, thus inhibiting the necessary steps in the production of melanin in the cell. Enzymes are enough to hinder the production of melanin and effectively reduce the amount of melanin.

At present, most of the whitening ingredients target tyrosinase in the first two steps of the melanin synthesis reaction to inhibit its activity to achieve the whitening effect. The main ingredients with this kind of whitening mechanism are as follows: Arbutin and its derivatives Compounds, kojic acid and its derivatives, phenethyl resorcinol (377), licorice extract, hydroquinone (it has melanocyte toxicity, is more irritating and may cause skin leukoplakia, it has been banned from being added to cosmetics) and many more. In addition, some ingredients based on other whitening mechanisms may also have certain tyrosinase inhibitory activity.

Reduce the synthesized melanin or inhibit the self-oxidation of Dopa

The ingredients with this kind of whitening mechanism mainly include vitamin C and its derivatives (can reduce oxidative melanin to colorless reducing melanin, and inhibit tyrosinase activity to a certain extent), oligomeric proanthocyanidins (more Baquinone reducing agent can reduce melanin and inhibit the formation of lipofuscin and senile plaques, and at the same time inhibit tyrosinase activity).

Inhibit the transport of melanin

Nicotinamide is the most famous ingredient with this kind of whitening mechanism. Niacinamide also has certain moisturizing, anti-acne, and anti-inflammatory effects, so it can improve the overall condition of the skin, but it has a certain irritation and can Stimulate facial hair growth, but also need to be used with caution.

Even if the melanin that has been produced reaches the surface of the skin smoothly, there is another way to have a certain whitening effect, which is to speed up the skin metabolism and accelerate the shedding of the stratum corneum. The melanin that has reached the surface of the skin will fall off along with the stratum corneum cells. This method accelerates the metabolism of melanin, thereby improving skin color.

Selectively destroy melanocytes or change the structure of melanocytes

This type of method directly destroys melanocytes, causing their activity and function to be destroyed, and stopping the production of melanin.

Whitening ingredients with such mechanisms include Tranexamic acid (which also has a certain tyrosinase inhibitory activity), hydroquinone (which has been banned), etc.

Including sunscreen, cut off the factors that induce melanin production to achieve the indirect whitening effect. Or increase the moisture content of the skin through moisturizing and other methods, maintain a moderate thickness of the stratum corneum, etc., so that more light reflected by the skin looks more shiny and translucent.

The production of melanin itself is a self-defense mechanism of the skin. The skin forms a “protective umbrella” by producing melanin to prevent ultraviolet rays from causing deeper damage to the skin. Therefore, you must do a good job of sun protection while whitening.

In addition, the production of melanin is controlled by genetics and the environment. Do not over-pursue whitening effects and destroy the physiological functions of the skin itself, causing skin leukoplakia and other problems. When choosing a whitening product, you must see the whitening ingredients clearly, and choose a product that suits you reasonably.